Many people have heard the term deicing, which is the melting of ice and snow. But anti-icing is less understood, even though it has become increasingly important in recent years, as evidenced by the sight, reassuring to motorists, of trucks spraying salt brine before a snowstorm. Anti-icing prevents frozen precipitation from bonding to a road’s surface.

In some circumstances, anti-icing can significantly cut the cost of maintaining a safe road surface when compared to conventional deicing. The main anti-icing material used is a saturated solution of road salt in water, called brine.

Salt continues to work in temperatures as low as –6° F but may not be as effective as calcium or magnesium chloride at extremely low temperatures.

Those chemicals, however, can be significantly more expensive than salt, and are more difficult to handle. Also, they can leave a residue on pavement that attracts moisture, resulting in more slippery conditions. 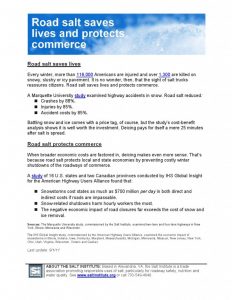 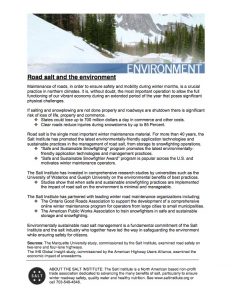